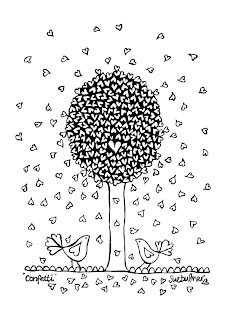 More new work. It's been a while since I've been able to get some new work done, and rather than procrastinate I'm making the effort to just get some new ideas down on paper, rather than keeping them in my head. I've been accepted to take part in the Design Factor 'EMERGE' exhibition at Sock in Loughborough later in the year so I need to get some new work done for that, and I also have a couple of other things coming up to Christmas too. Better to be prepared than rushing to get it all done at the last minute.

I had my first Mentoring Meeting a coupld of weeks ago, I don't think I mentioned it before. It was FAB, everyone should have a mentor! I think is part of the reason I have new found energy and determination to make this creative business work for me. We set off by having a chat about the story so far and then went on to talk about the things I feel I want to concentrate on over the next six months. It was great having someone to talk to who knows what I'm on about, someone who has been where I am now, and can help me envisage where I want to go and also someone who has made me look at things differently. We talked for ages, and covered so much ground, my head was spinning by the time we had finished. BUT I now have a plan of action and have already started to research some new products which I will be launching in September.... watch this space for more details.
Posted by sue bulmer at 07:30