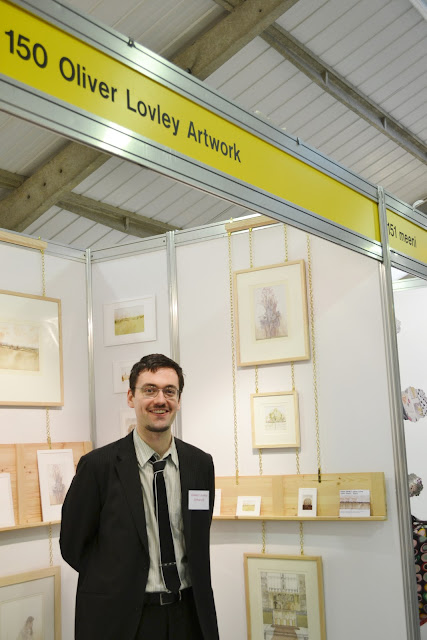 I had the great pleasure of meeting fellow Nottingham artist, Oliver Lovley at BCTF this year when he was my next door neighbour but one. I instantly recognised his beautifully muted watercolours, delicately detailed in shades of sepia and autumnal shades, from the Summer Craft market at Nottingham Contemporary in 2012 so I dropped by Oliver's stand to say hi. It was Oliver's first trade fair and his work seemed to be going down a storm. 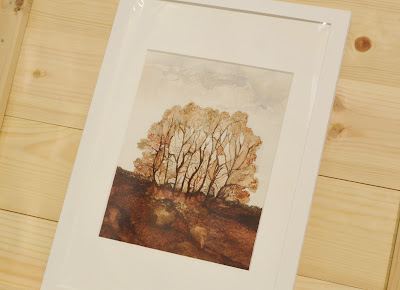 I asked Oliver what he thought about his first trade fair experience and this is what he had to say...

'I first found out about the BCTF at Craft in the City at Waterstones, Nottingham during December 2012. One of the stallholders Hazel Atkinson the jewellery designer recommended it specifically. It was nice to see her at the BCTF and talk about it again. Regarding doing a trade fair for the first time I would say that reading the BCTF online brochures in the exhibitor section of their website was a great help in planning for it' 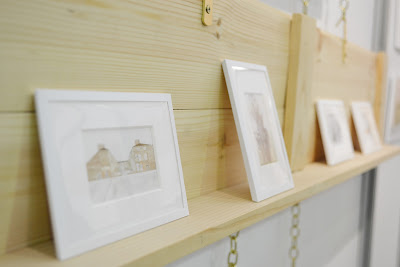 ﻿Olive was recently featured in Nottingham's Left Lion Magazine and you can read his interview here. You can also read about Oliver's Nottingham-inspired artwork on his website which is here and you never know you might even see something you would quite like for yourself!
Posted by sue bulmer at 07:00